Backpacking in Thailand: Costs, Tips and Places to See 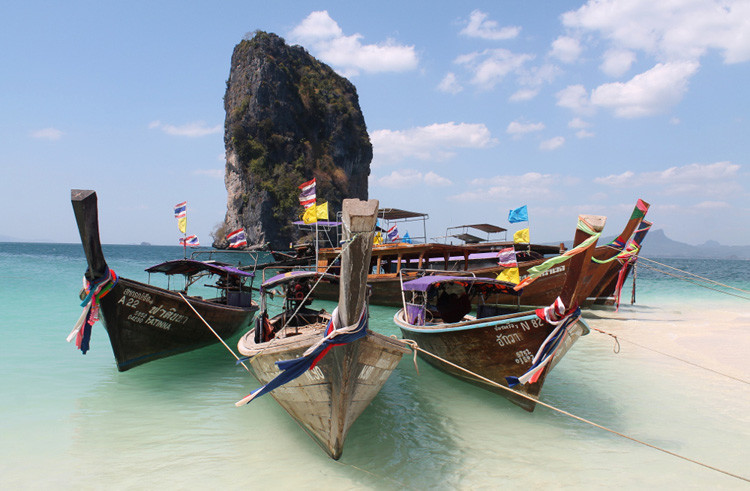 Think of a travel experience you’d love to have and chances are it’ll be on offer in Thailand. This country has it all. Paradise beaches, ancient cities, exotic food and a unique culture are just some of what makes Thailand the ultimate travel destination. Backpacking in Thailand is easy, cheap and full of adventure — keep reading to discover some of the best places to visit, as well as a few tips to help you plan your trip.

The home of amazing street food (maybe not for much longer), temples and Southeast Asia’s original backpacker ghetto (Khao San Road), Bangkok makes for a colourful start to a Thailand adventure. There are heaps of things to do in Bangkok, including the Grand Palace, Wat Pho and a typically chaotic Chinatown. Scams are common, so be vigilant, but in general it’s a safe place. After a couple of days you’ll want to move on though, and from Bangkok you can pretty much reach anywhere (assuming time and / or cash aren’t an issue).

Located a short distance from Bangkok, Amphawa is the place to go for riverside shopping and food tasting. It’s billed as a floating market but not much of it actually floats. It is a cool place though and it has managed to mostly retain its historical charm. Amphawa is best seen on a day trip from Bangkok — there isn’t much of a reason to send the night there. 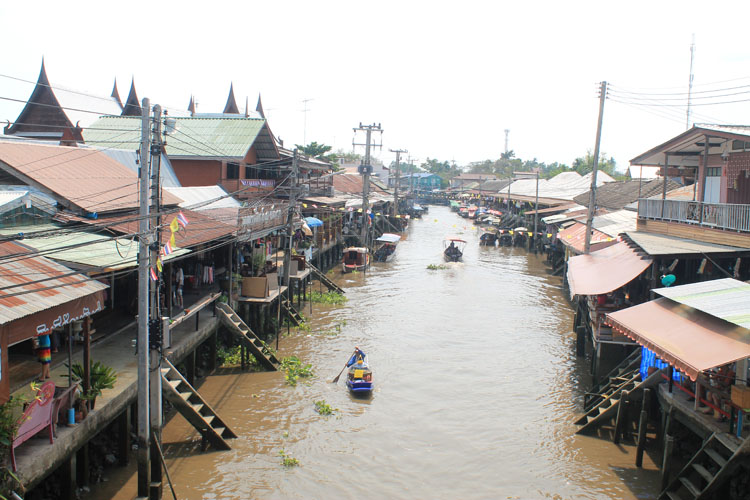 Exploring Ayutthaya is a far different experience to Sukhothai (another ancient Thai capital), and I’d recommend visiting both if you’re in to this kind of thing. This ancient city was once one of the greatest cities in Asia and there are a huge number of historic structures left over. There are so many impressive temples to explore and most are located within a small (but still busy) Thai city. It’s an interesting setting and cycling the streets of Ayutthaya in search of ancient temples was one of my favourite experiences in Thailand. It’s also very easy to get to Ayutthaya on a train from Bangkok.

Monkeys have overrun a small city in Thailand. I know it sounds like the premise of a low budget Planet of the Apes rip-off, but it’s real. Lopburi, an historic town close to Bangkok, is crawling with monkeys. They mostly congregate around the Khmer era temple in the centre of town (generally known as the Monkey Temple) but they do roam the streets as well, harassing passersby for food. It’s as fun as it sounds — if you like monkeys don’t miss this place when backpacking in Thailand!

READ MORE: Only have two weeks in Thailand? Check out my itinerary! 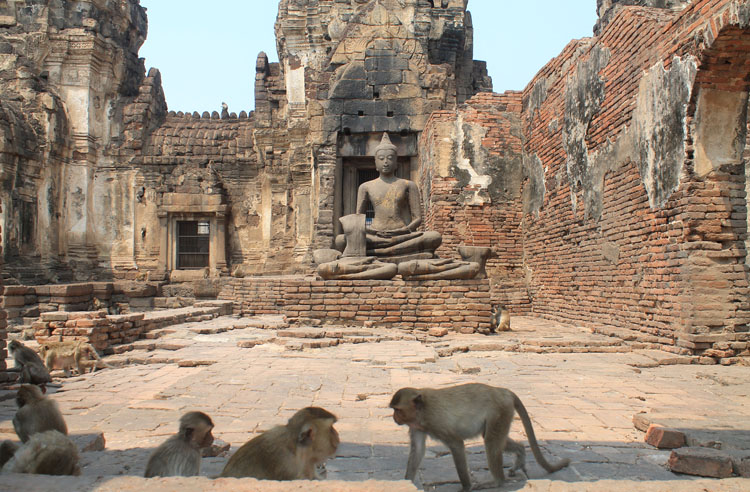 The River Kwai, made famous by that classic WW2 film, passes through Kanchanaburi. Thousands of tourists pass through town as well, drawn in by the war history and stunning countryside. The Death Railway, Hellfire Pass and the Kanchanaburi War Cemetery are all must-see sights (even if you’re not a war history nerd). Cycling through the countryside is a fun way to spend a few hours and you should also opt for the day trip to Erawan Falls. One of the best things about Kanchanaburi is the unique accommodation on offer. Floating hotels are big business there and make for awesome places to stay. You can get a nice on with AC and a hot shower for less than $20.

This group of ancient Buddhist ruins in central Thailand is a must-see for anyone interested in historical architecture. Rent a cheap bicycle and ride by crumbling temples and massive Buddha statues. The park-like grounds makes this a relaxing place to explore, and you can see most things of interest in a day. I’d visit at least one set of ruins when backpacking in Thailand — I’d probably say Ayutthaya is the best but Lopburi and Sukhothai are great too.

Chiang Mai, Thailand’s northern metropolis, is a far different beast to Bangkok. It’s a more laid-back and low-rise city and is full of temples. It’s a nice city to walk around, except at night when the rats come out in force, although you could say that about most cities in Thailand. Chiang Mai is the gateway to the north, where treks to hill tribe villages are popular. I’m not really into “village tourism” so I’ve never done one, but I’ve heard they can be quite fun (and the scenery in northern Thailand is nice).

If you’re a fan of yoga, spirituality and gluten free food you’ll want to head straight for Pai. Located a few hours north of Chiang Mai, this small town could be almost anywhere in the world. It’s certainly not a “local” experience, but it is scenic and there is lots to see in the countryside. Unfortunately I visited Pai in March and it was extremely hazy — it’s definitely not the best time to visit northern Thailand (more on that below). 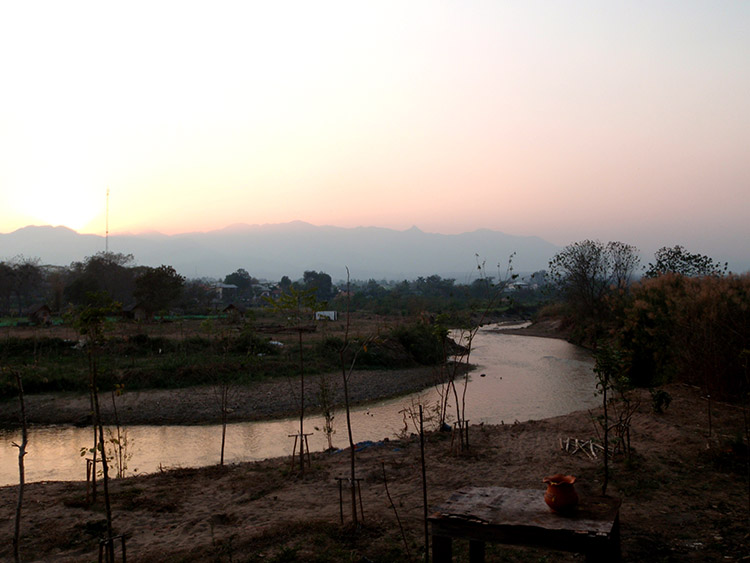 We visited Chiang Rai recently, intending to pass through on the way to Phu Chi Fa, a mountain that’s becoming an increasingly popular sunrise spot. There was a wildfire close to the mountain so that idea got scrapped. Chiang Rai is an interesting enough city though and it does feature one of the most unique temples in Thailand. Wat Rong Khun melds pop culture references with Buddhist symbolism to create something truly bizarre. Make a point of seeing it if you’re in the region. 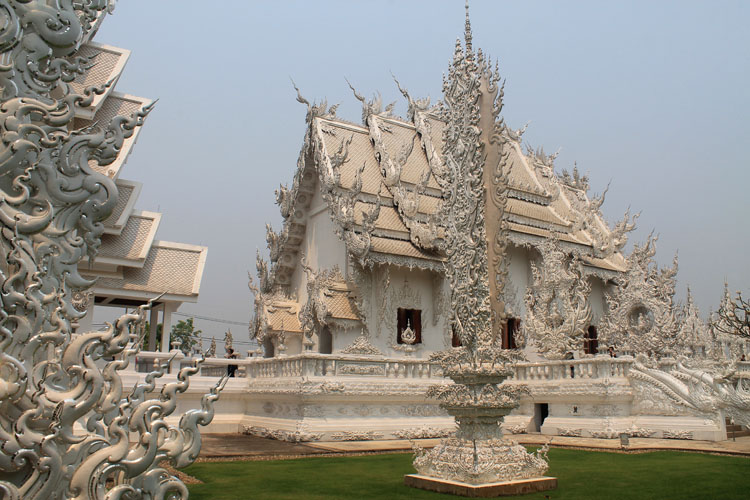 Koh Kood wins my (unofficial) award for the most beautiful island in Thailand. Ok, so I haven’t been to them all, but I can’t imagine finding a better mix of stunning beaches, unspoiled nature, cheap prices and a major lack of crowds. We had world-class beaches entirely to ourselves at times. This definitely isn’t a party island, instead attracting an older, more attached crowd (aka couples). If I was going to have a honeymoon in Thailand this would be the place.

These two islands are in the same area as Koh Kood, but that’s where the similarities stop. Koh Mak is tiny, but the beaches are kind of average and it’s a lot more expensive than Koh Kood. Koh Chang is a massive island (the third largest in Thailand in fact) and seems perfect for families. There are a lot of activities on the island and there are many different beaches and towns to stay in. It’s definitely more of a party island than Koh Kood but from what we saw the beaches are nowhere near as good.

Krabi is both a city and a province, but when people talk about Krabi as a travel destination they are generally referring to Railay (and the nearby islands), a small peninsula only accessible by boat. Limestone cliffs bookend idyllic beaches and there are hangout spots for everyone, whether you’re a poor hippy or a rich, entitled millennial (I’d probably fit in somewhere in the middle). This area is iconic backpacking in Thailand fare and the appeal is obvious. 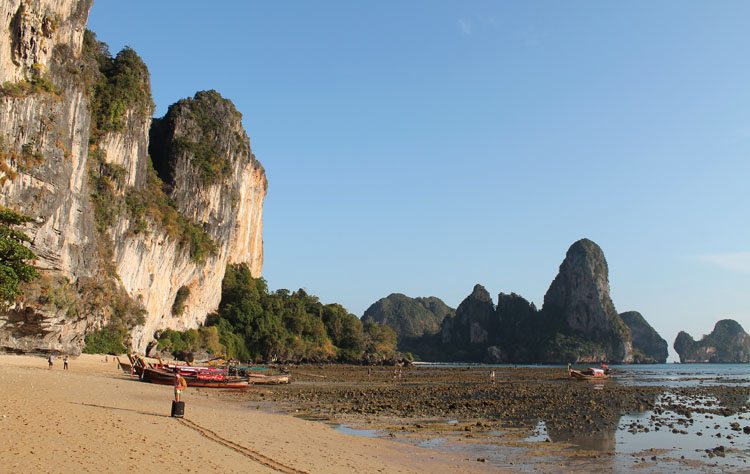 For me, Koh Lanta is the ultimate spot to slow down for a few days and chill out by the beach. Head to Long Beach, rent a cheap room and hang out in the small bars and restaurants encroaching on the sand. There are lots of other beaches to explore as well as the island’s jungle interior, but make sure to dedicate plenty of time to relaxing.

Made famous by The Beach (it’s mandatory for all travel writers to mention that), Maya Bay is the major reason to visit Koh Phi Phi (which is made up of two main islands). Maya Bay is located on the tiny Koh Phi Phi Leh, but all the tourist infrastructure is found on the larger Koh Phi Phi Don, and there’s a lot of tourist infrastructure. Hotels, shops, bars and restaurants have spread throughout the main village. It’s a bit over the top, but if you’re young and love to party you’ll probably want to hang around for a few days. We went there on a day trip from Koh Lanta and it was the perfect amount of time.

READ MORE: Maya Bay is closed (indefinitely) — find out why! 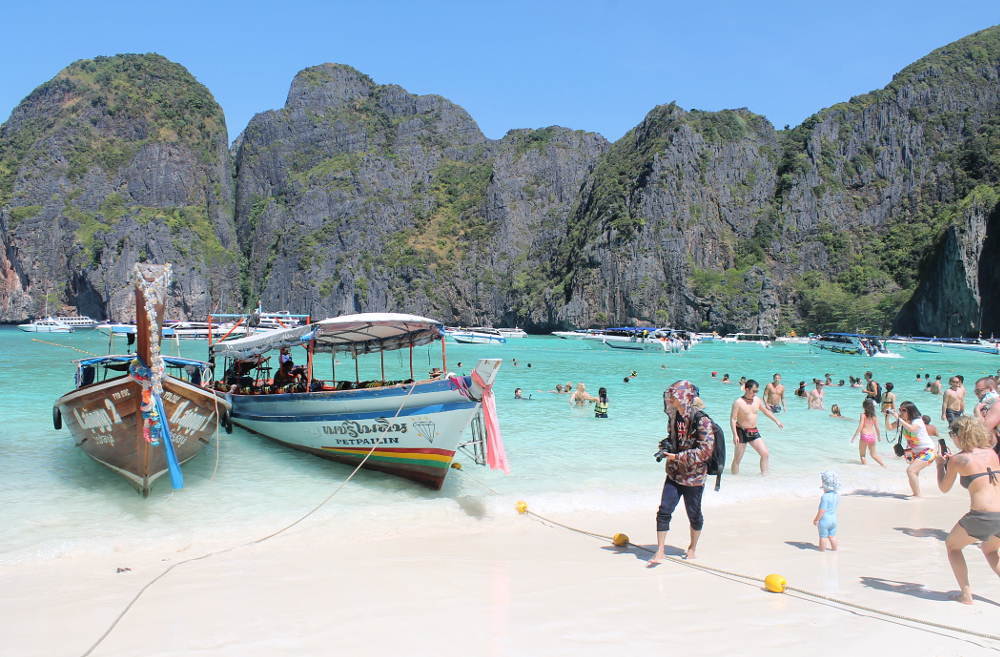 Phuket was the first Thai Island I visited and I wasn’t expecting much. I’d heard it had lost its appeal long ago and that it was too expensive and too crowded. It was definitely expensive, but I was pleasantly surprised how nice it was. We stayed at Nai Harn Beach and I rate that place very highly. If you’re on a budget you should skip it, but if you’re looking for a romantic weekend beach destination it’s a great option. 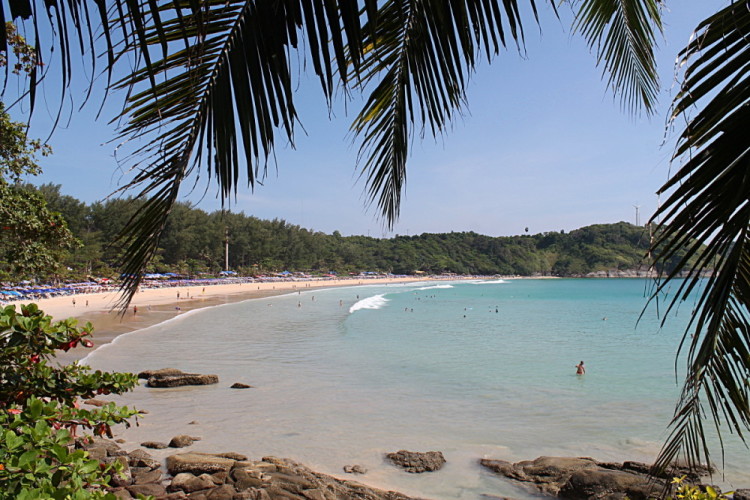 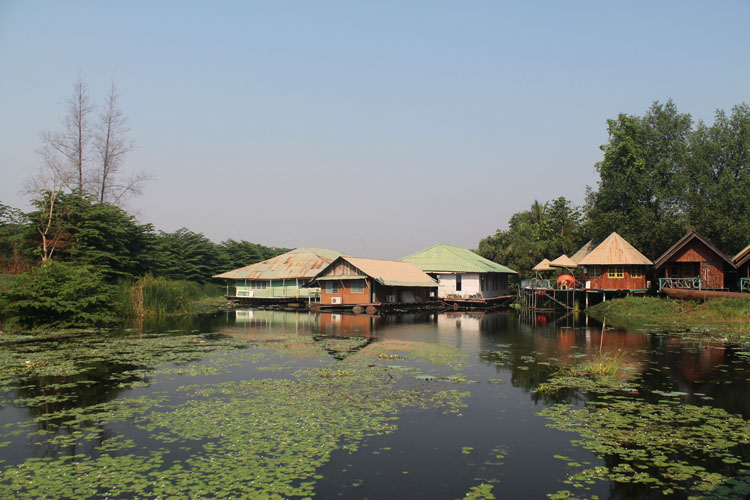 Do you have any other questions about backpacking in Thailand? Let me know in the comments below.

Pasir Timbul, Indonesia: One of the World's Most Beautiful Sandbar Beaches

Backpacking in Thailand: Costs, Tips and Places to See