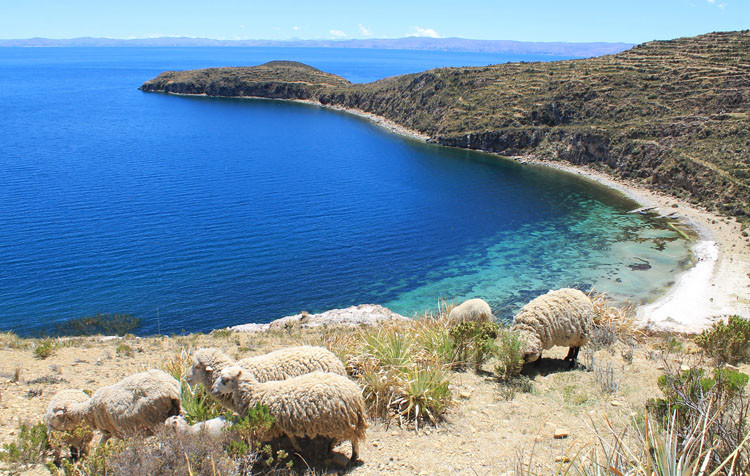 If you read my last post you’ll know that this is the second instalment on our nine month overland (and a bit over water) journey through Latin America. If you didn’t read it I guess you know that now anyway (you can read the first part by clicking the link below). It took us around five months to travel from Colombia to Patagonia, via Ecuador, Peru, Bolivia and northern Chile. There were horribly long (but generally comfortable) bus rides, desert sunsets, high altitude hikes and lots of ruins to explore.

We arrived in the far north of Colombia on a small boat from Panama. It’s not a common destination for foreign tourists, and it was probably my least favourite part of the country. We soon moved on to Cartagena, a lavish Spanish colonial city which drew the plundering gaze of Caribbean pirates. We continued along the Caribbean coast to Tayrona National Park and then headed inland. We wouldn’t see the ocean again until we reached Peru around six weeks later. 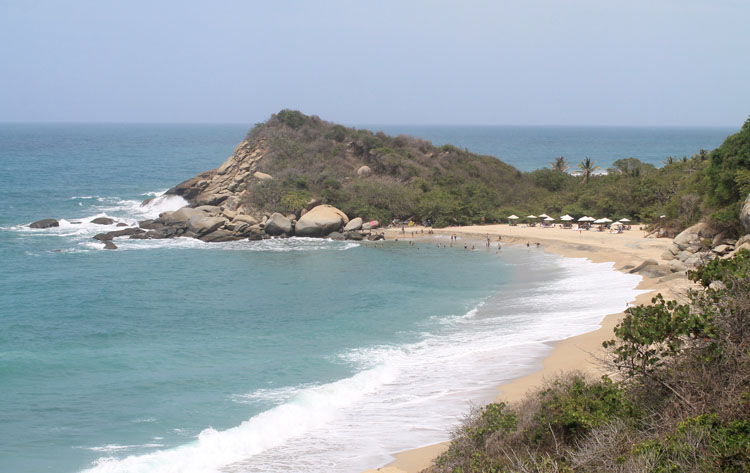 Our journey through Colombia took us to the former cartel haven of Medellin, the wide open expanses of the Tatacoa Desert and the calm colonial streets of Barichara and Villa de Leyva. We also saw psychedelic statues in San Agustin and a church / bridge hybrid close to the border with Ecuador and the emerald hills of the coffee zone. 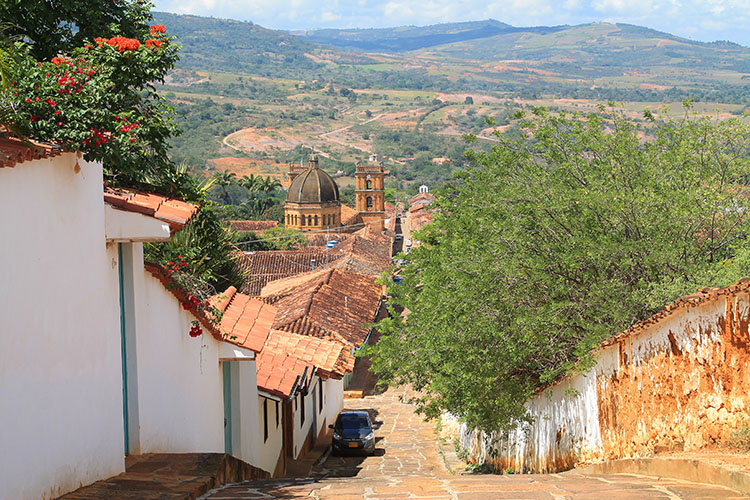 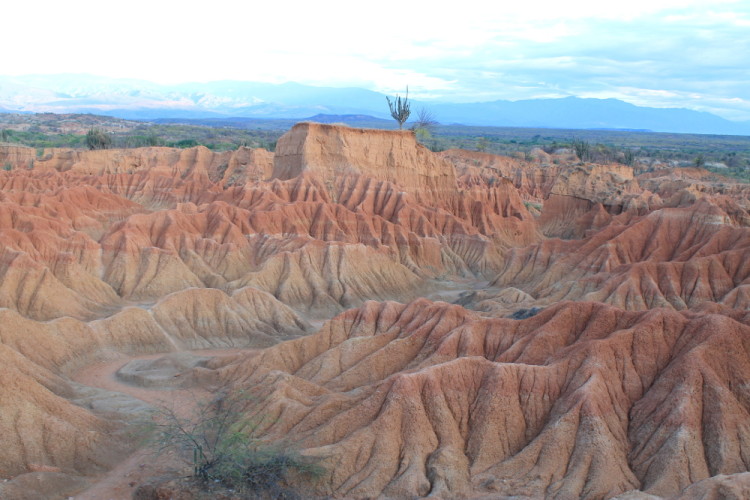 A few days before we reached Ecuador I read that bag break-ins are common on buses in and out of Quito. We hadn’t had any problems in Latin America up until that point and became a little too confident. Predictably, we had our GoPro stolen on the bus between Otavalo and Quito. You can’t believe everything you read on the internet, but maybe some things are true.

Quito is a fun city to explore, and it’s the best place to organise tours to some of Ecuador’s most iconic natural wonders. We were very close to booking a Galapagos tour but instead settled for the much cheaper Amazon option. We spent a few days in the jungle and saw heaps of wildlife. You’ll most likely venture into the Amazon at some point on your overland travels through South America and Ecuador is a cheap and easy place to do it. 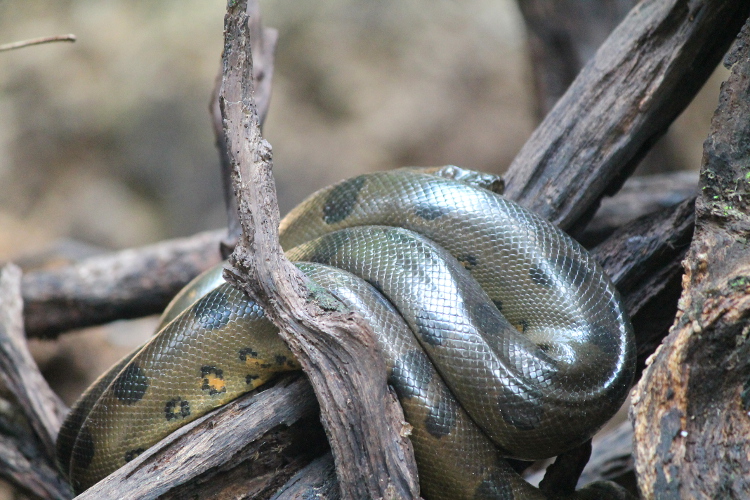 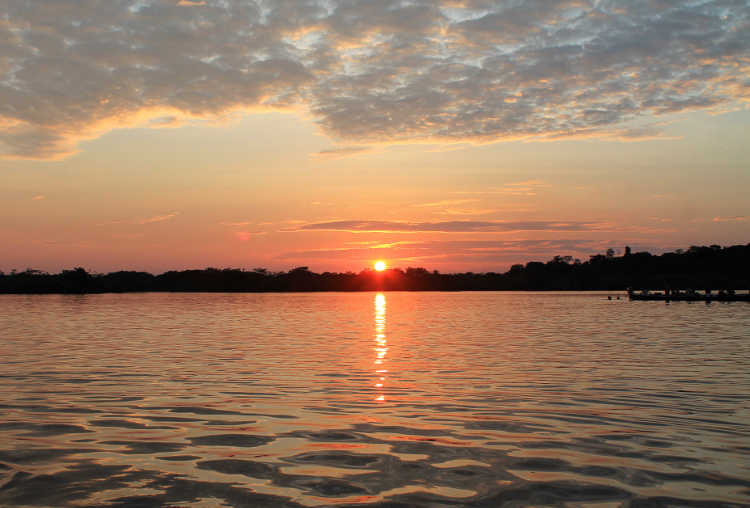 The rest of our travels through Ecuador took us to Laguna Quilotoa (a surreal crater lake), Banos (home to lots of waterfalls) and Cuenca where we explored the colonial centre and hiked in Cajas National Park. From Cuenca we caught an overnight bus which deposited us in Mancora — finally we were back by the sea!

FURTHER READING: Looking for more information about border crossings in South America? Check out my posts! 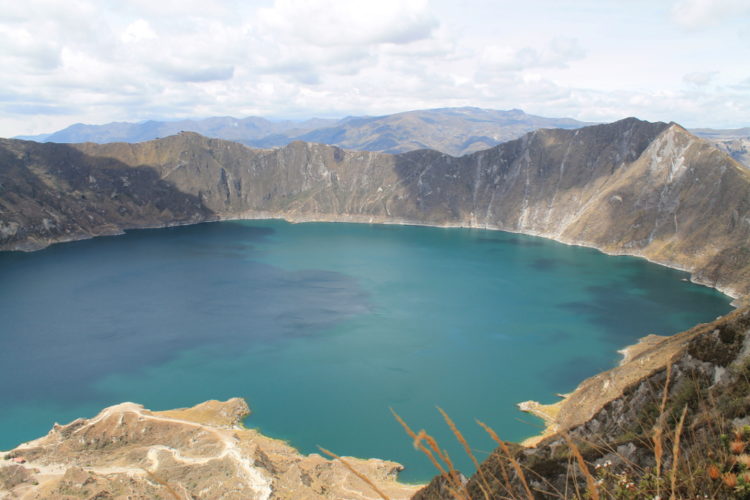 From the desert coastline of northern Peru we headed inland to Huaraz, the gateway to Huascaran National Park. There are world-class multi-day hikes in the area but you can also get a taste of the Peruvian Andes on a day hike. Laguna 69 is a pretty amazing place, and the day trip to Pastoruri Glacier is also a cool thing to do. 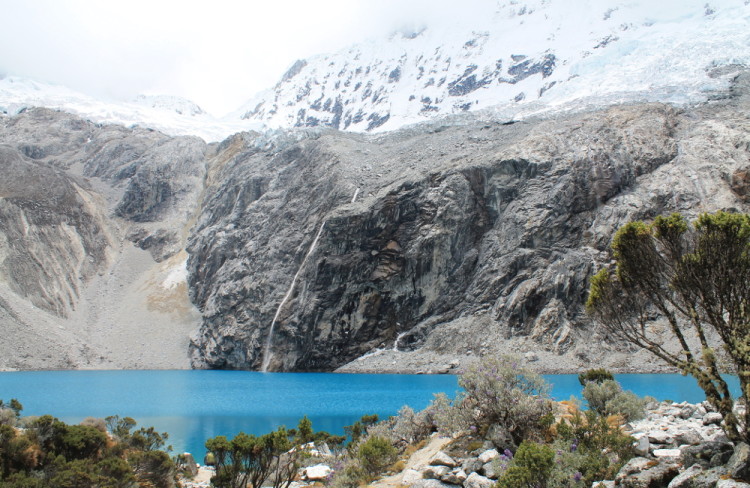 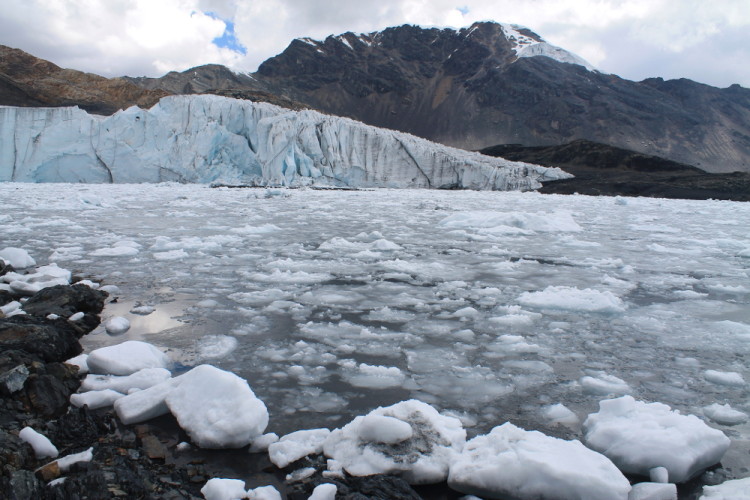 Next up was Lima and then a trip down the southern coast with a stop at Paracas, and then on to the oasis town of Huacachina. It’s one of the most unique towns in South America and the sand dunes surrounding it are made for adventure.

From there it was another long bus ride (with a quick stop to see the Nazca Lines) to Arequipa, a city featuring some of the nicest colonial architecture in Latin America. It’s also close to Colca Canyon, where you can do a fun (but quite tiring) two day trek. Then it was off to the Sacred Valley to explore Inca ruins, including Machu Picchu. Our last taste of Peru was the Uros Islands, a group of small man-made reed islands floating on Lake Titicaca. We then crossed the border into Bolivia and headed to one of my favourite places in South America. 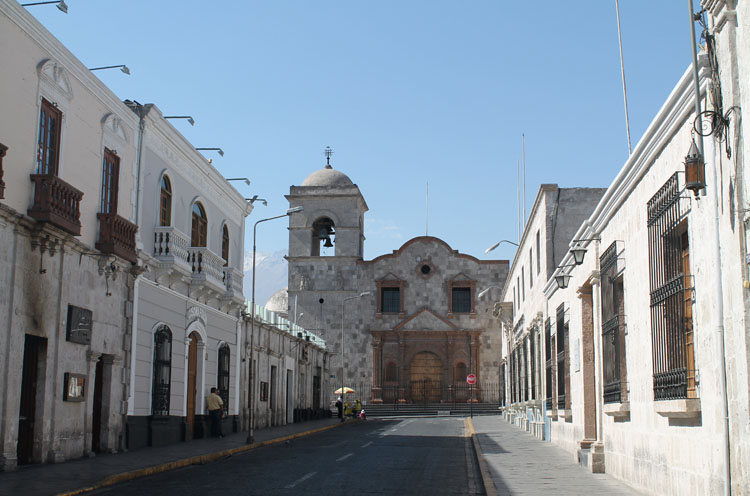 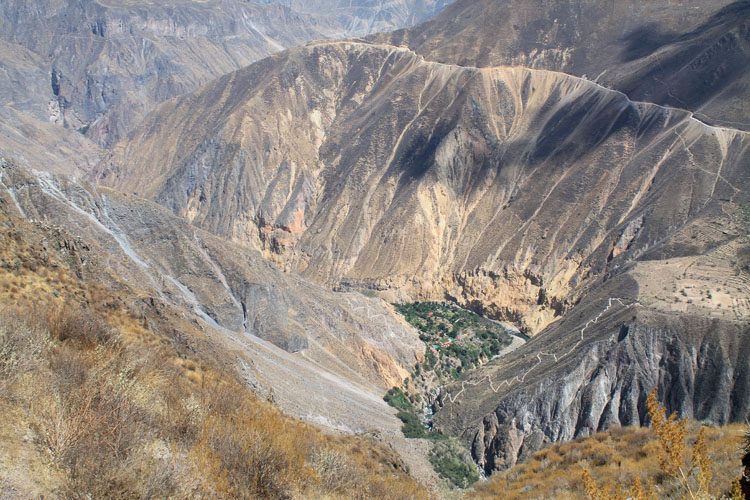 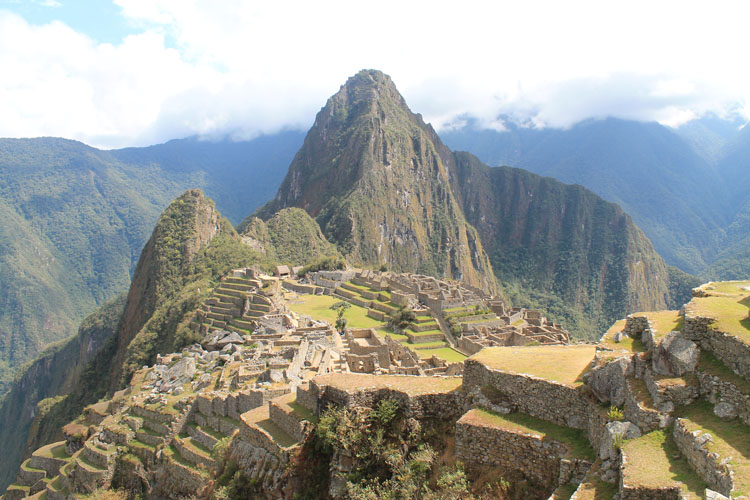 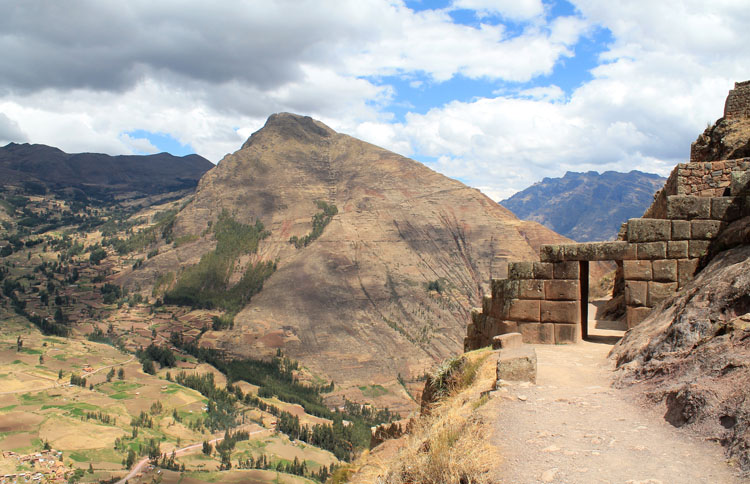 Soon after crossing the border we were on our way to Isla del Sol, a picturesque little island in Lake Titicaca, 4000 metres above sea level. There are heaps of bays and beaches to explore — you can hike from one end of the island to the other in a few hours — you’ll even see some lakeside Inca ruins. After a couple of days on Isla del Sol we made our way to La Paz, explored the city a little (which mostly involved buying warm clothes for the journey ahead) and then took a freezing overnight bus to Sucre, Bolivia’s most stylish colonial city. 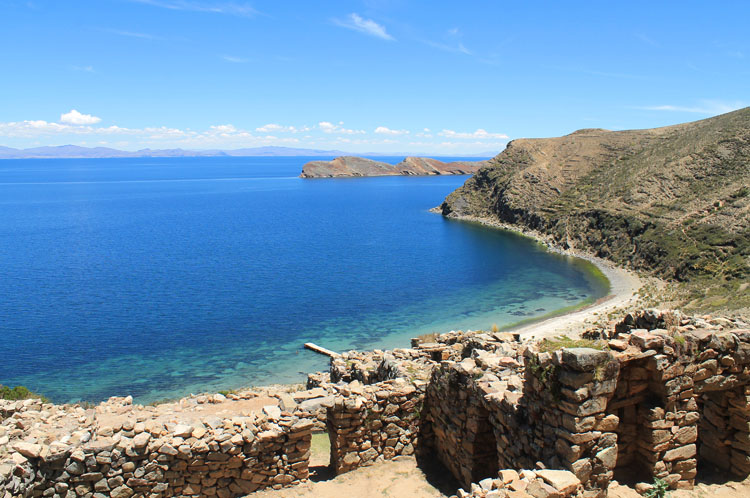 The next border crossing, between Bolivia and Chile, was definitely the most scenic. We spent a couple of days travelling through the Uyuni Salt Flat area, which is full of natural wonders including colourful lakes and the largest salt flat in the world. It’s one of the best experiences you can have in South America, but it does get extremely cold. Lucky we did all that shopping in La Paz! 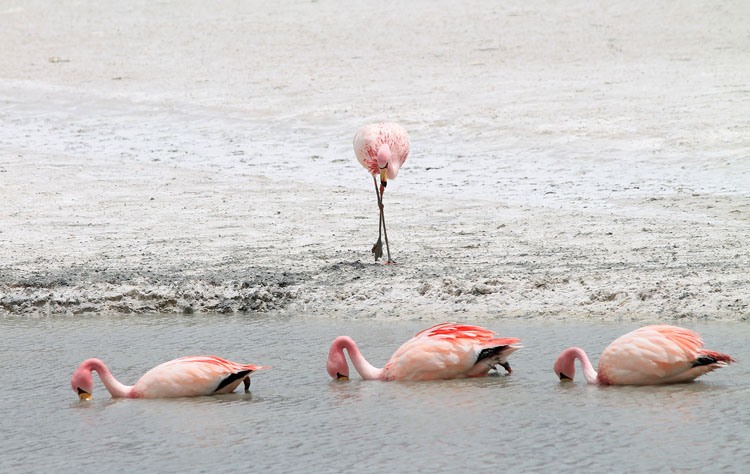 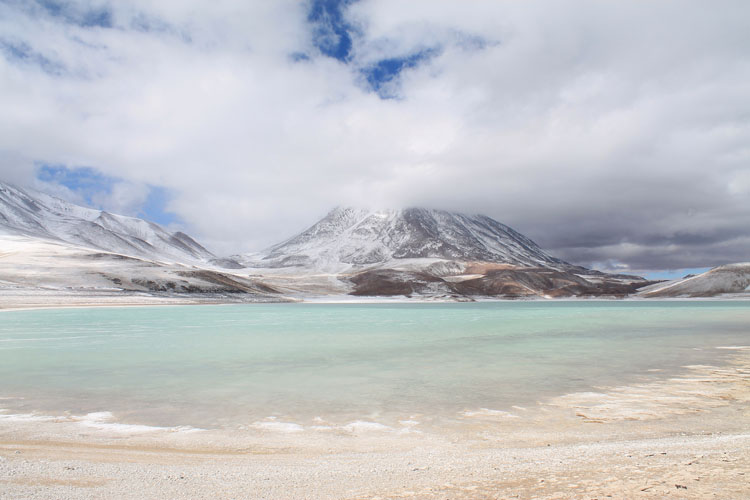 Our Uyuni Salt Flat tour dropped us in San Pedro de Atacama in the far north of Chile. The Valley of the Moon, a desert landscape coated in a layer of salt, is a must-see in the area. From there it was a long couple of days of bus travel to Santiago, broken up by a couple of days in Caldera to see one of Chile’s top beaches, Bahia Inglesa. We didn’t see much of Santiago but we did have a fun day trip to Valparaiso, a quirky little seaside city. Another long bus ride took us to northern Patagonia. 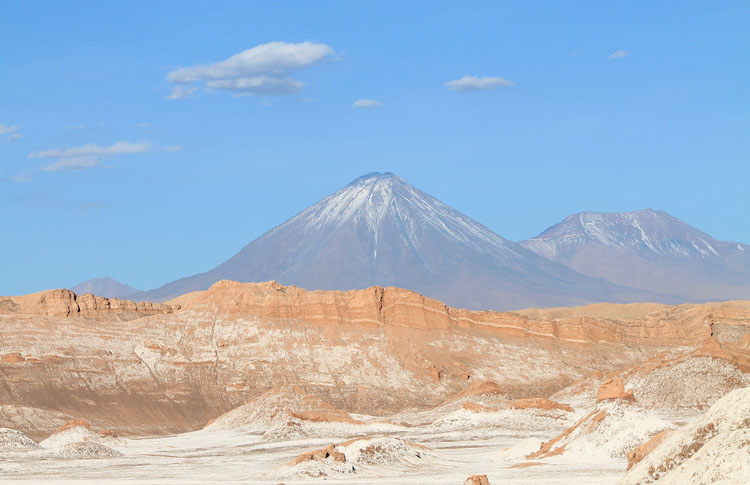 We spent a couple of days in Puerto Varas while we waited to board a boat to Puerto Natales, the gateway to Torres del Paine National Park (and the world renowned W Trek). The three day boat ride took us through narrow channels lined with green hills and snow-capped mountains. It was such a relaxing journey, although we did eat far too much junk food (including all the chocolate and biscuits we had bought for the trek) — not the best preparation for a four day trek! 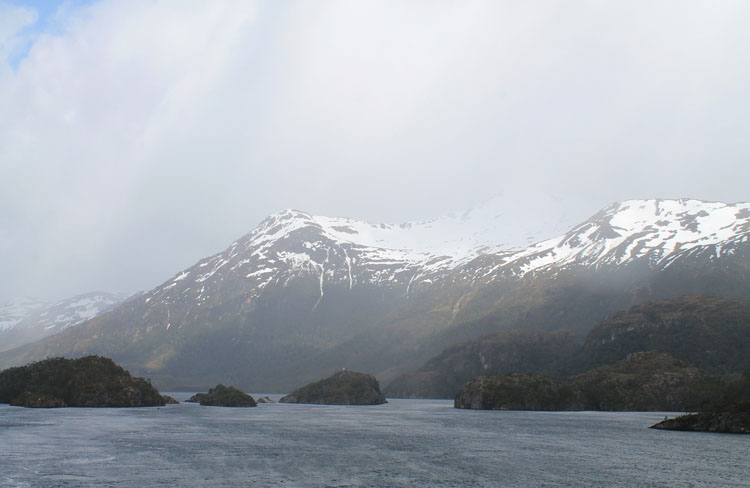 The W Trek was everything we hoped it would be. The landscapes are incredible and camping in the middle of nowhere (albeit surrounded by other trekkers) was a lot of fun. It was also really hard. I’m not used to carrying 12 kgs on my back for longer than a few minutes, and my shoes were in terrible shape by that stage of the trip. We made it though, we even finished a day earlier than we had planned. 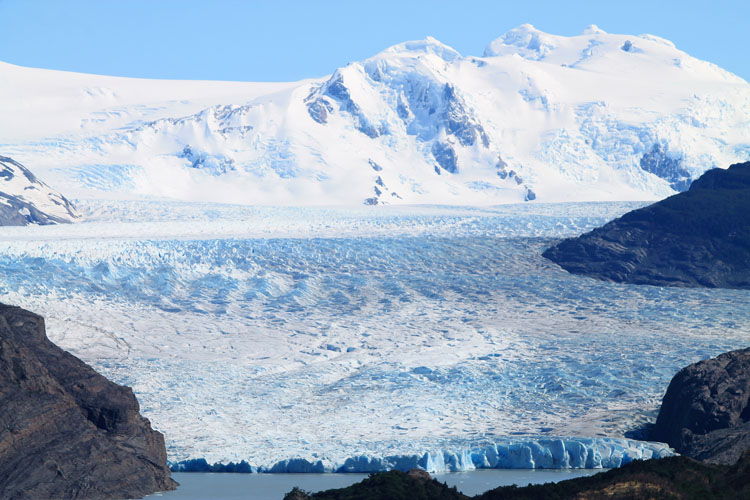 We then crossed the border into Argentina and came face to face with a giant glacier (Perito Moreno) and hiked the foot Mount Fitzroy. That was as far south as we got — we boarded a plane for the first time in nine months. We spent a couple of days in Buenos Aires then took a long bus ride to Santiago. From there we caught a horrible series of flights all the way to Hong Kong. 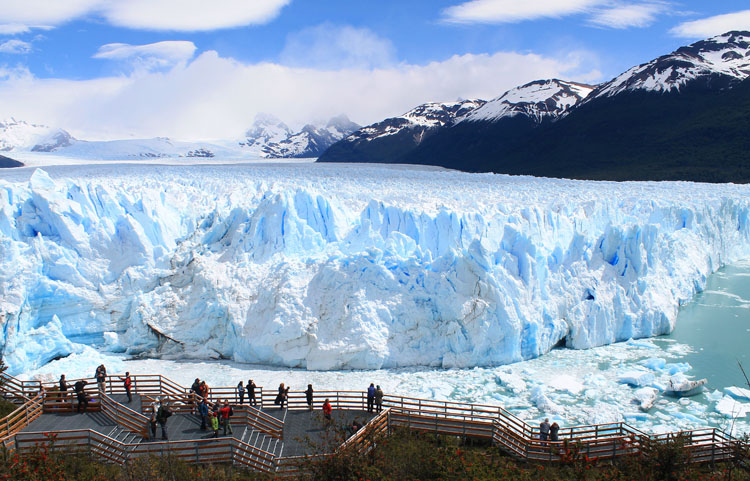 Are you planning an overland trip through South America? Let me know in the comments below!