I spent over an hour at a travel agent in Hanoi. Not by choice, but because to get a good deal in Vietnam you really have to work for it. You can rarely take the first price offered; instead it becomes a game of Deal or No Deal, trying to inch out every last dollar from the unscrupulous salesmen who pull one over on tourists every day. I was first quoted $100 for a 1 night trip. I eventually whittled that down to $50, the price someone had previously told me was the lowest you could get a cheap Ha Long Bay cruise for.

A bus trip from Hanoi (around 4 hours) was included in the ticket, so off I went on my way to what the brochures promised me was  a 5 star luxury boat. I was pretty happy with my negotiating, but on arrival at the pier it was obvious a few stars had fallen from my dream deal. It definitely wasn’t the boat I’d been shown in the pictures, but it wasn’t actually too bad. I had previously agreed to share a bedroom, as the travel agent told me I could only get it for that price if I did, but I even got my own room. It turns out the phrase “You get what you pay for” isn’t always accurate.

Ha Long Bay itself really is stunning.  Karst mountains of all shapes and sizes rise out of the ocean for as far as the eye can see. There is something about this kind of scenery that I really love, and it has to be the best place to see it in Asia (although I haven’t been to Guilin in China yet). Vang Vieng in Laos is similar but the water setting of Ha Long Bay edges it slightly. 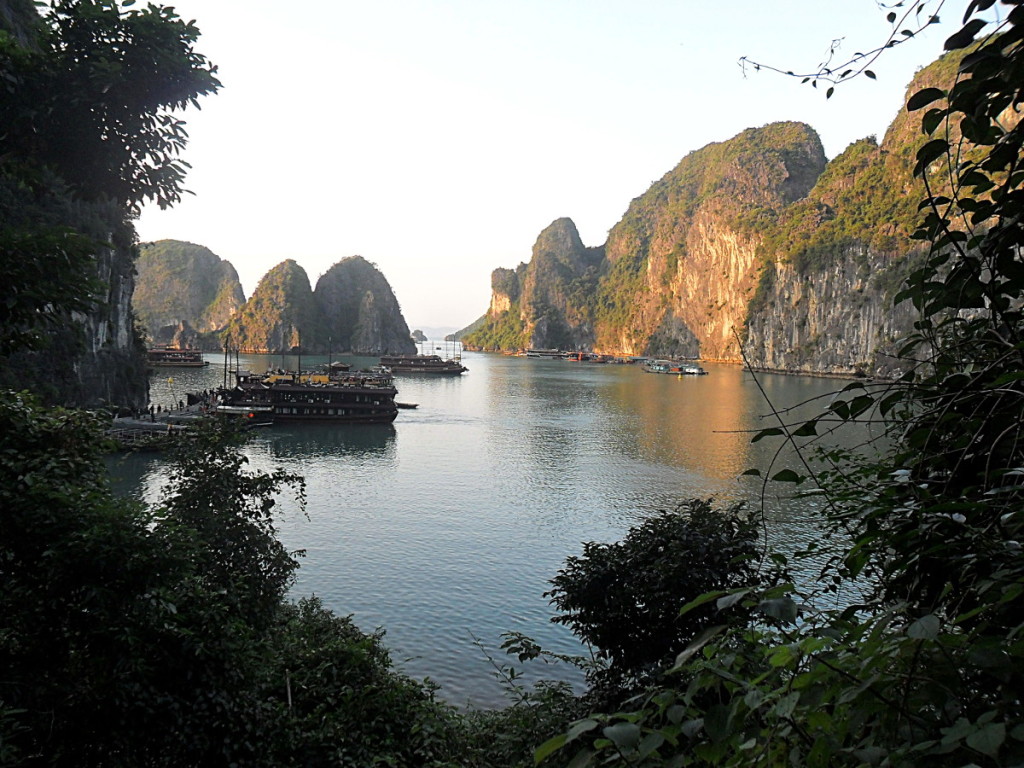 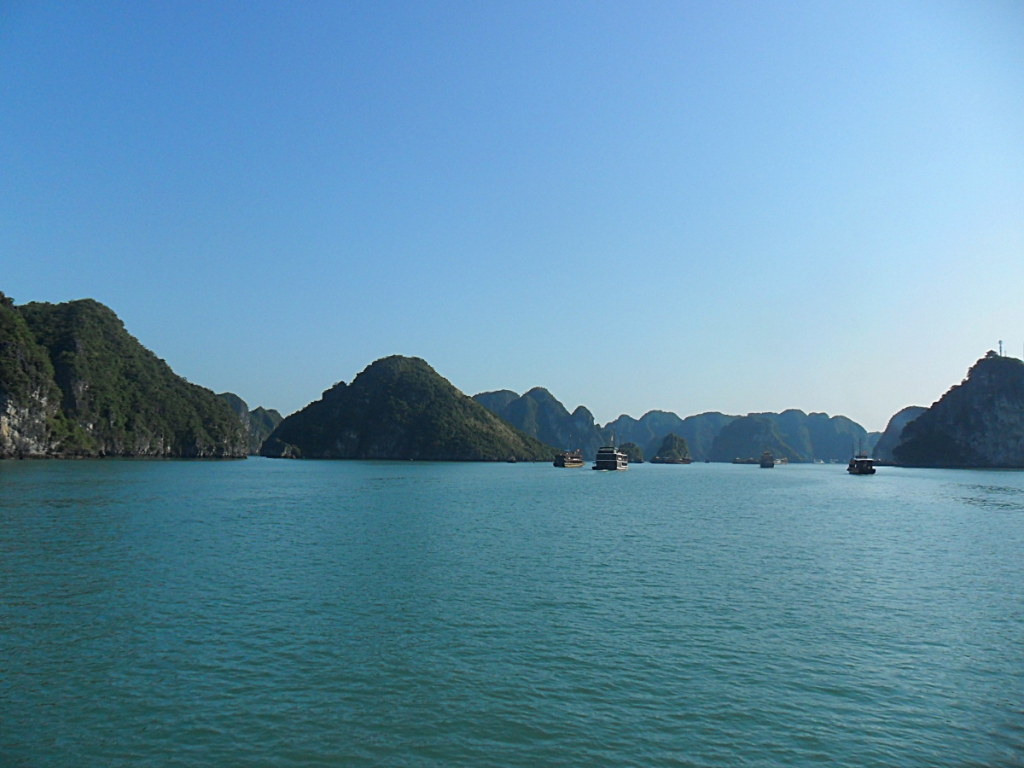 There isn’t a whole lot to do on these cruises,  but just sitting out on the top deck taking in the view was enough for me. We did go on a couple of excursions. The first was a trip to a cave on one of the small islands. Tourists were pouring out of the entrance to the cave like lava out of a volcano. It was the highest concentration of tourists I think I’ve ever seen, but once we got in the cave it wasn’t so bad. It was interesting to look around but I spent most of my time outside looking at the small bay below, as this was probably the best view I had during the whole trip. The second was a spot of kayaking. They were 2 man kayaks and I was put with a large German woman who wasn’t a fan of paddling.

You can do a 2 night trip (I’d probably go for that option next time), which takes you to Cat Ba Island, the biggest island in the area.  The 2 day trip also allows for more time kayaking and more time looking at the amazing views.

I was fairly impressed with the most things about the boat. The food was OK, the room was actually really nice and the staff were friendly. They seemed very keen to get us up and partying and proceeded to crank up some techno music straight after dinner. We just wanted to relax and talk so we had to escape the party and retreat to the top deck. It was strange seeing all the staff partying and the guests having to escape the noise.

Make sure you bargain if you want to get a cheap Ha Long Bay cruise!

My advice to anyone thinking of doing a Ha Long Bay boat trip is to do your research and bargain hard. There was an older couple on the boat that had paid $200 each for the 2 night option, when most other people had paid between $100 and $120. They obviously weren’t happy but that is the reality in Vietnam and people should know by now that you need to bargain for everything. It seems like a bit of a lottery as to which boat you end up on and chances are it won’t be the same one they show you in the photos at the travel agent, but hopefully it won’t be too dissimilar.

One of the truly amazing scenic wonders of Southeast Asia, Ha Long Bay is one hyped up tourist trap that shouldn’t be missed.  It’s a bit of a minefield when you book your ticket, but whatever the outcome, you’re guaranteed to catch some great views.

Further reading: Ha Long Bay was named one of the new 7 wonders of the world! 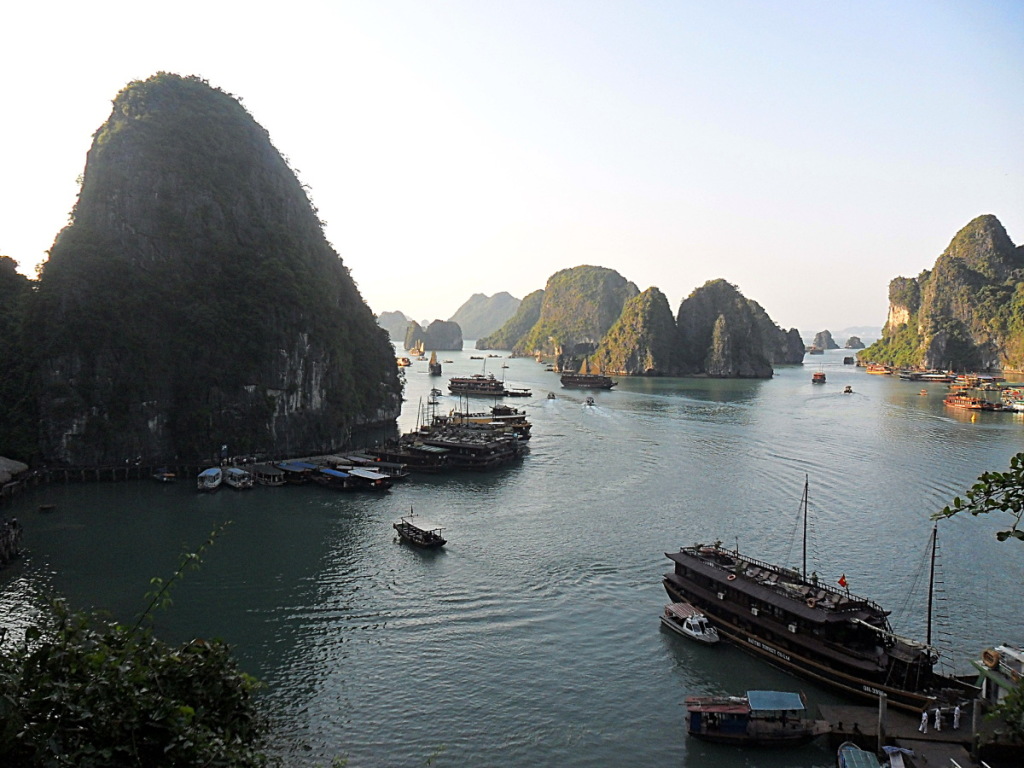 Have you been on a cheap Ha Long Bay cruise or did you spend a little extra? Let me know!

Am I a Lazy Traveller?

Hyams Beach, Australia: Is This Really the Whitest Sand in the World?

Beaches in Krabi, Thailand: Where Should You Stay?