It took us nine months to travel overland from Mexico City to Patagonia, roughly the amount of time it takes to learn the guitar, grow a baby or get over the trauma of watching an entire episode of 2 Broke Girls. Was it time well spent? The short answer is yes (as is the long answer I guess), but it does come with a unique set of challenges. The payoffs are immense though, as you’ll find out if you keep reading. This is the first of two posts about our nine month overland trip through Latin America — check out next week’s post about the Colombia – Patagonia leg.

Our overland Latin America adventure started in Mexico City, famed for its Spanish architecture, street-side taco restaurants and the pair of huge pyramids on the outskirts of town. Over the next month we slowly drifted south, taking in several towering pyramids, half a dozen carefully crafted colonial towns and some surreal natural wonders. The variety of landscapes and sights in Mexico is huge — it’s a country you could return to year after year and always find something new. 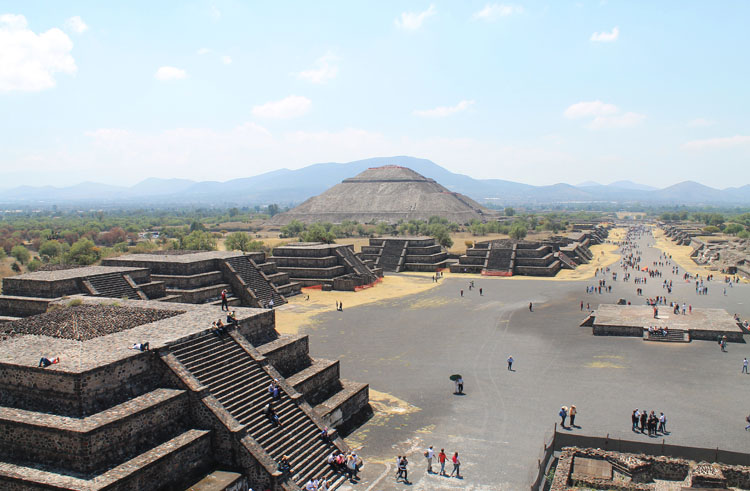 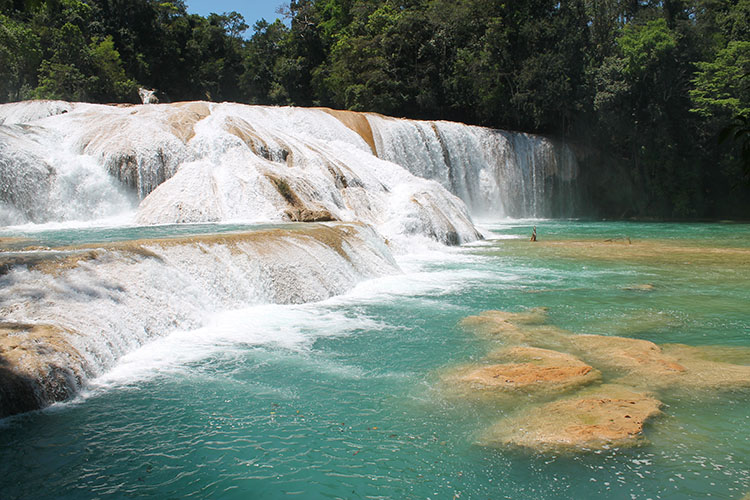 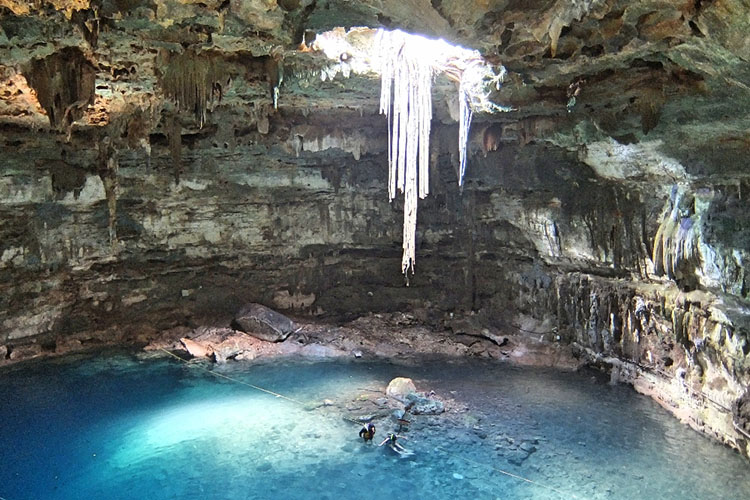 A long border crossing between Mexico and Guatemala saw us eventually end up in Flores, a brightly painted little town on the shores of Lake Petén. We drank frozen margaritas and watched sunsets from the comfort of cosy restaurants. Flores is the gateway to Tikal, a group of pyramids and ruins deep in the jungle. We spent another three weeks travelling through Guatemala, including stops at one of my favourite colonial towns in Latin America (Antigua) and the stunning Semuc Champey, a kind of long waterfall thing. 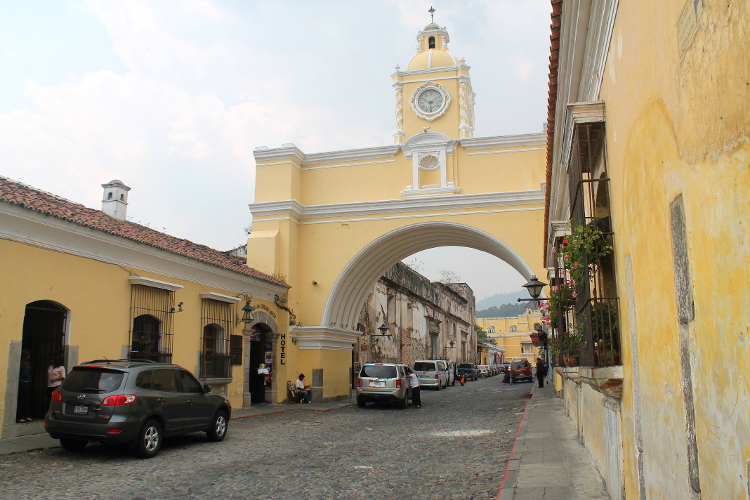 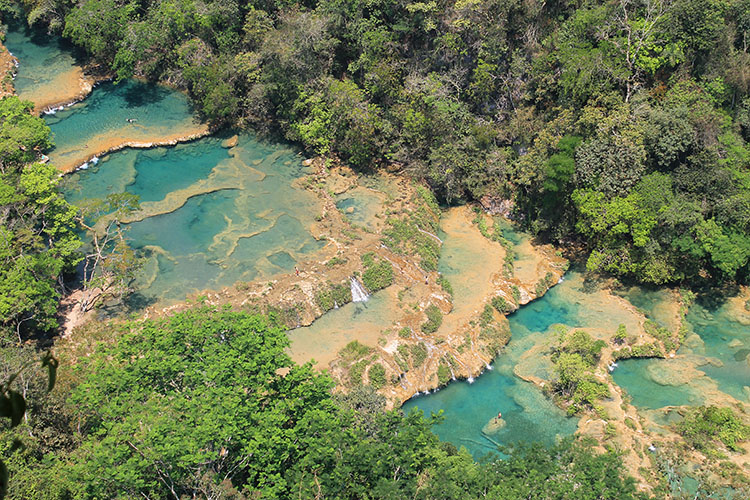 Another arduous border crossing took us from the western comforts of Lake Atitlan to Santa Ana, a rough round the edges city in El Salvador. That journey also included a short bus ride through Honduras. Santa Ana’s appeal lies in its colonial architecture (including a nice little theatre where we saw a Korean orchestra play) and the volcanoes and lakes an hour or so outside of the city. Next we explored “The Route of the Flowers”, a group of small colonial towns surrounded by coffee plantations (and flowers I’m guessing — we must have been there at the wrong time). We spent about an hour in one of the most dangerous cities in the world (San Salvador) and then caught a bus to one of the most laid-back towns in the world (Suchitoto). Our entire trip through El Salvador was punctuated by the most friendly and helpful locals. Our Spanish wasn’t (and still isn’t) great but they were always up for a chat or advice on where to get off the bus etc. 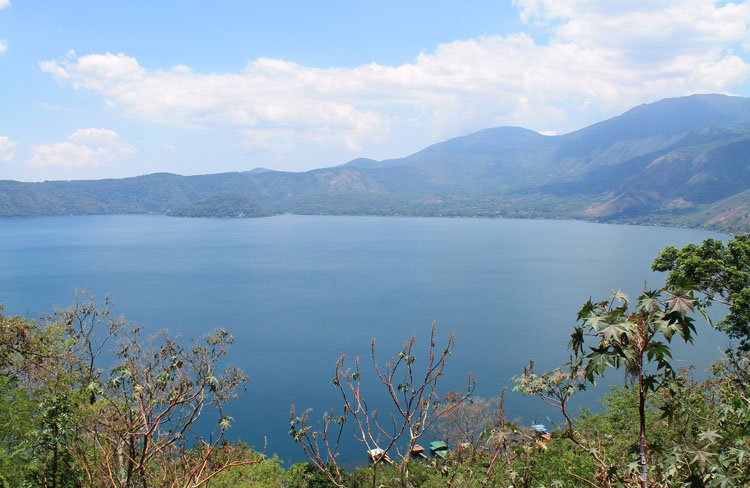 Another long day of travel on uncomfortable local buses saw us wind up in Leon, one of the biggest cities in Nicaragua. We soon moved on to Granada (which we preferred) before slowly exploring the length and width of the country. We travelled overland (and over water) to the Corn Islands, relaxed on the stunning volcanic lake island of Ometepe, explored deserted beaches in San Juan Del Sur and took a boat downriver to a famous Spanish fortress.  We also felt like (and probably were) the only foreigners for miles in the remote Solentiname Islands, near the bottom of Lake Nicaragua. 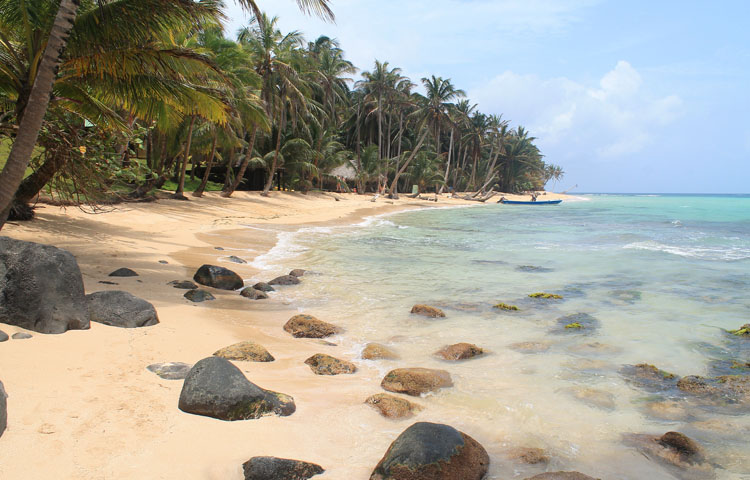 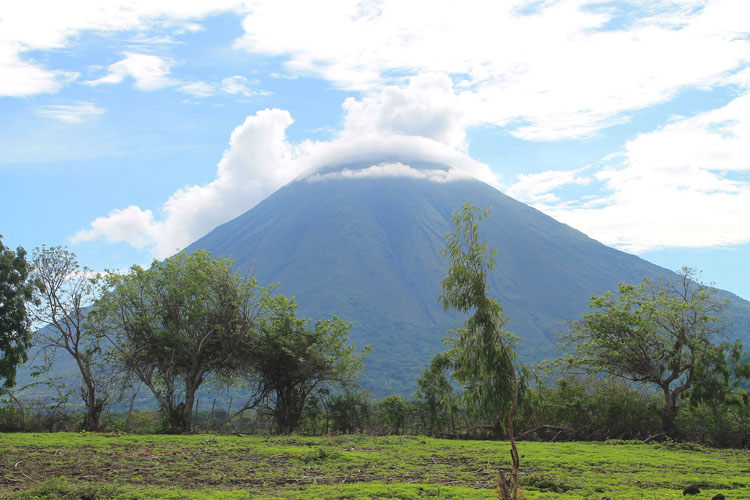 After the hazy end of dry season we had experienced in Central America, the rain arrived as soon as we reached Costa Rica (we were there in May). It dimmed the appeal of the place slightly, but we still saw some cool things on our week long trip through the country. We arrived in La Fortuna and couldn’t even see Arenal Volcano which towers over the town. The highlight of Costa Rica was Manuel Antonio National Park, home to sloths, monkeys and a couple of great beaches. We eventually ended up on the Caribbean Coast, and after more rain hopped over the border to Panama, by far the easiest border crossing so far in Central America.

FURTHER READING: A Week of Budget Backpacking in Costa Rica 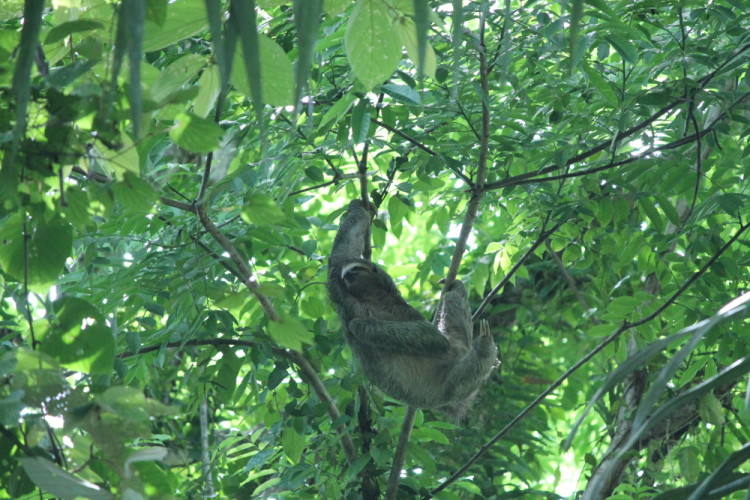 Our first port of call in Panama was Bocas Del Toro, a group of islands which were covered in clouds almost the entire time we were there. We needed a rest though, so we spent a few days in the main town doing as little as possible. From there we headed inland to Boquete, a small town surrounded by cloud forests and mountains. We did a few hikes and a couple of days later made our way to Panama City. We ate fast food for the first time in months, explored the historic centre of the city and prepared for our boat journey to Colombia via the San Blas Islands. 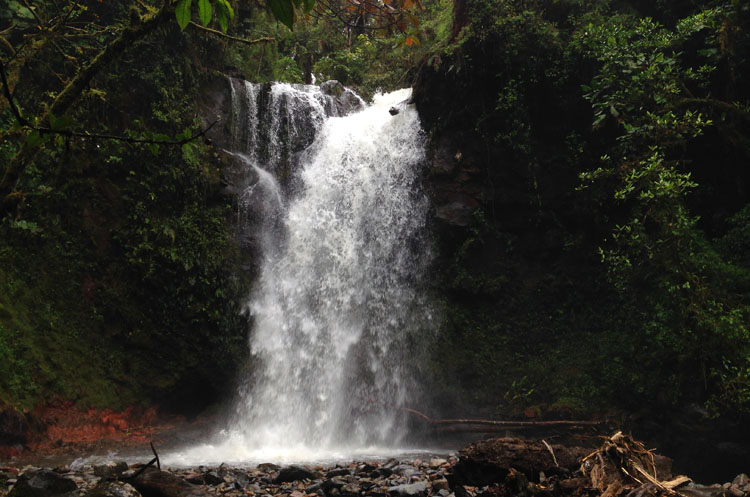 You can’t actually travel overland all the way from Mexico to Patagonia (unless you’re willing to severely risk your life). The Darien Gap is like an abyss separating Central and South America, but luckily there’s a route where you can avoid death by horrible tropical disease or drug cartel. It involves a jeep ride from the Pacific Coast to the Caribbean and then a couple of days of island hopping. The San Blas Islands are some of the most beautiful islands in the world, and the entire chain is almost completely devoid of tourist development. After a few days in paradise we were dropped in the far north of Colombia. Check out next week’s post to read all about our overland travels through South America! 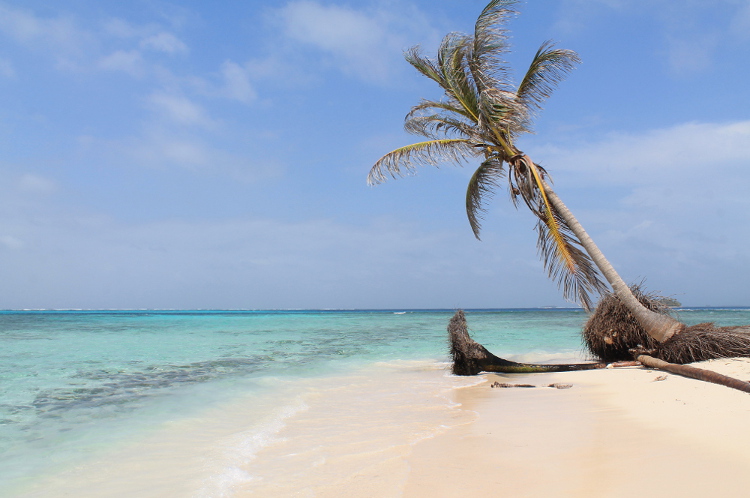 Have you travelled overland through Central America? What was your favourite part of the trip?